wsoltys wrote: the behavior of the real machine

Don't know about the Apple ][+, but I have a //e and it always resets to the Apple II logo.
MiSTer Wiki - #mister-general on Classic Gaming Discord
Top

Has anyone got Wings of Fury working on this core? I'm dying to play that game on the MiST but can't seem to get any images working.
Top

According to the packaging you need an Apple //e with 128KB of RAM (the MiST core is an Apple //+ with only 48KB).
Source: http://www.museumofplay.org/online-coll ... 090127.jpg
MiSTer Wiki - #mister-general on Classic Gaming Discord
Top

Thanks for the info, I didn't even think of that.
Top

Not that this is terribly relevant if you want to play this particular version, but for what it's worth, the Amiga version of Wings of Fury is really good and it works on the Amiga core.
- Paradroyd
@paradroyd on Twitter, @paradroyd@mastodon.sdf.org on Mastodon
Top

It would be great if the core could support 128K, but the way it's written makes it hard to add RAM.
(it needs rework to allow multiplexing RAM access across different components; it has been tried but it was prone to crashes)
MiSTer Wiki - #mister-general on Classic Gaming Discord
Top

Any chance of adding "Green" and maybe "Amber" to the list of video modes? Most all Apple II's I ever played with had either green or amber monitors attached so it would be really cool to have these mode available for a little more authenticity.

I'm a complete newbie in HDL; I've replaced the white with a green, which kind of works but has some bugs (in particular text mode is green when it should be white). I'll try to make the B&W palette selectable later on...
MiSTer Wiki - #mister-general on Classic Gaming Discord
Top

This looks great in text mode but switches back to color in bitmap mode.
Top

You need to set it to B&W to deactivate the color entirely.
MiSTer Wiki - #mister-general on Classic Gaming Discord
Top

Ok, I missed that. It really looks great. Pretty much exactly what I was thinking.

I've got amber to work as well! Try this new binary: http://newsdee.com/mist/ws0/apple2_green.rbf

I've removed the B&W mode, now it's either Color/Monochrome, and for the latter you can choose green or amber.
It changes not only the printed color but also makes a subtle change the background, which I think looks nicer.

Let me know what you think, and I'll get the changes merged to the main binary.
MiSTer Wiki - #mister-general on Classic Gaming Discord
Top

I think it is really great, adds so much to the experience in my opinion.

Can someone post a photo? My MiST is not available at the moment

Reality is that, which, when you stop believing in it, doesn't go away. --P.K.Dick

What do you think about adding white back in as a monochrome choice?
Top

I'll have a think on how to do it. The main limitation is the OSD only allows two-state flags, and I want to avoid having three flags just to control the video mode. The rest I can manage cleaning up my changes a bit.
MiSTer Wiki - #mister-general on Classic Gaming Discord
Top

Just a thought, I really love the green and Amber modes!
Top

There are two rows in the options: Monitor Type and Monitor Mode.
For white you need to keep Type at "Color" but select the "Alt" mode. 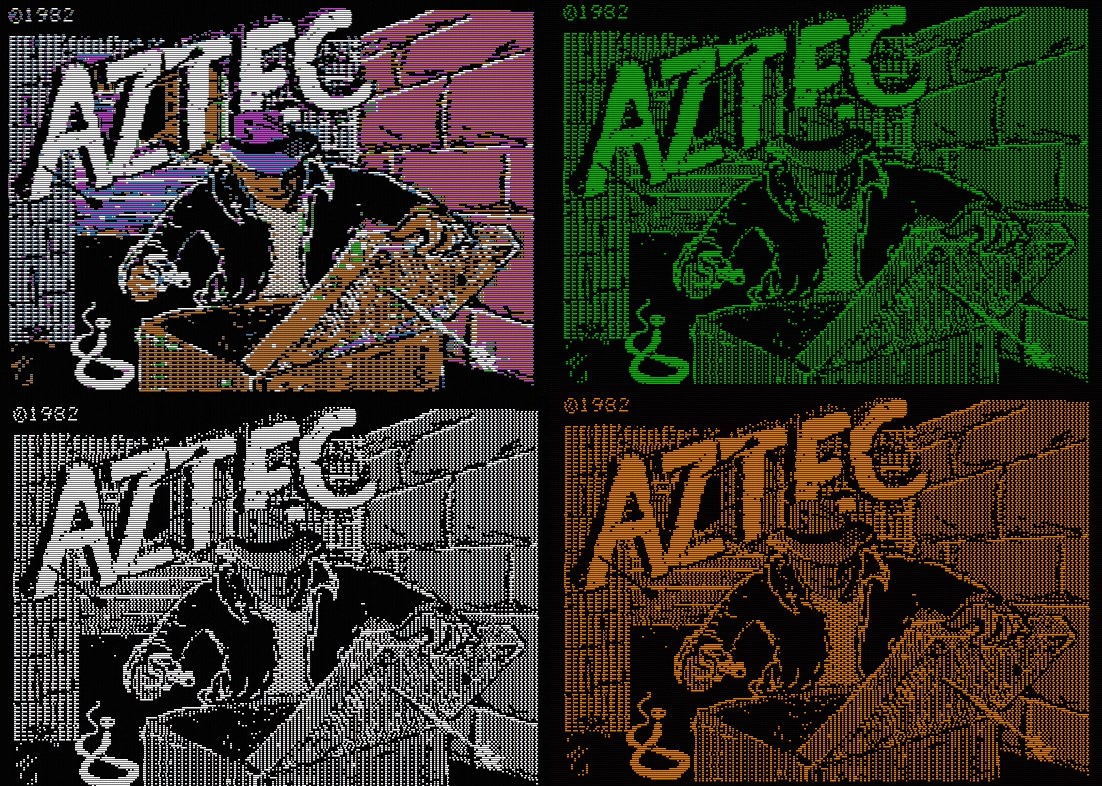 I don't normally do requests, but would anybody with good HDL mastery be willing to have a shot at implementing a 128K expansion?

There is HDL code around for the "80 columns expansion card" (which functionally turns the Apple into a //e). The challenge is that expanding memory requires multiplexing with the floppy drive logic (that uses RAM to store the disk), and that's difficult/very time consuming to implement as far as I can tell

If it could be done though, it would massively increase compatibility as most of the later games require 128K.
(write access to disks on SD would be nice too, but one step at a time...)

Edit: I'd be interested just in having some explanation of the difficulties of multiplexing, as general knowledge of EE/HDL, as that seems a common issue.
MiSTer Wiki - #mister-general on Classic Gaming Discord
Top

I'm currently trying to use the virtual sd image functionality which till implemented for the c64. Unfortunately my first attempt failed and I need more time which I don't have atm.
If that works we could use the sdram alone for the main ram and try to implement more ram.
Need to find time to do this as I really would like to continue developing.

Somebody created a CompactFlash interface which has sone old HDL code available, but I don't know how complex it would be to adapt:
http://dreher.net/?s=projects/CFforAppl ... /logic.php

In any case the virtual SD image looks like the way to go, especially if it could (eventually perhaps) allow for disk writes. I wonder if the same technique could work to implement save RAM for the NES core (ie. the battery-backed RAM).
MiSTer Wiki - #mister-general on Classic Gaming Discord
Top

The fact that the apple II image disk mounted by the core is read only is a real problem if you want to play some old RPG games (ultima....) because it's not possible to save the game when playing. it's an example.

For me also two things to be implemented :

Just a short update: The virtual sd interface works together with SDRAM. Unfortunately using the SDRAM makes the core a little unstable and after a few minutes it might crash. I hope Till can give me some pointers on how to fix that problem.
The good news: The language card works and gives the core 16KB more memory. I also found a manual for the saturn128 card with the needed control codes. Unfortunately that doesn't work yet.
MIST cores: http://ws0.org/category/mist/
Top

wsoltys wrote:I hope Till can give me some pointers on how to fix that problem.

Ah, indeed. Sorry, i wanted to take a look. Will do it asap ...
MIST board, FPGA based Atari STE and more: https://github.com/mist-devel/mist-board/wiki
Top

Take your time. It wasn't meant as a demand